The multibiomarker disease activity (MBDA) scale appears to be a very versatile tool, based on results presented at the 2015 annual meeting of the American College of Rheumatology.

Swedish researchers demonstrated that the MBDA score appears to be predictive of response to second-line therapy in people with early (<12 months) rheumatoid arthritis (RA) who have insufficient response to 3 months of methotrexate (MTX) treatment. Those who had relatively higher MBDA scores were significantly more likely to respond to anti–tumor necrosis factor (anti-TNF) therapy than to nonbiologic triple therapy over the next 9 months, whereas those with relatively lower scores were more likely to respond to nonbiologic triple therapy than to anti-TNF treatment.

“This suggests that the MBDA test can be used to guide therapy choice after the first few months of MTX monotherapy in patients who failed to achieve low disease activity,” remarked Karen Hambardzumyan, a PhD candidate and research assistant in the Department of Medicine at the Karolinska Institute in Stockholm. He added that the MBDA scoring system is still considered investigational in Europe and elsewhere in the world, including the United States.

To date, the MBDA score has been approved only as a measure of disease activity.

The study involved 157 patients with early RA who initially received 3 months of MTX monotherapy but did not respond. The researchers set the cut-off for response at a Disease Activity Score (DAS) 28 of at least 3.2. The 157 nonresponders were then randomized to either nonbiologic triple therapy with MTX + sulfasalazine + hydroxychloroquine or to MTX + infliximab. 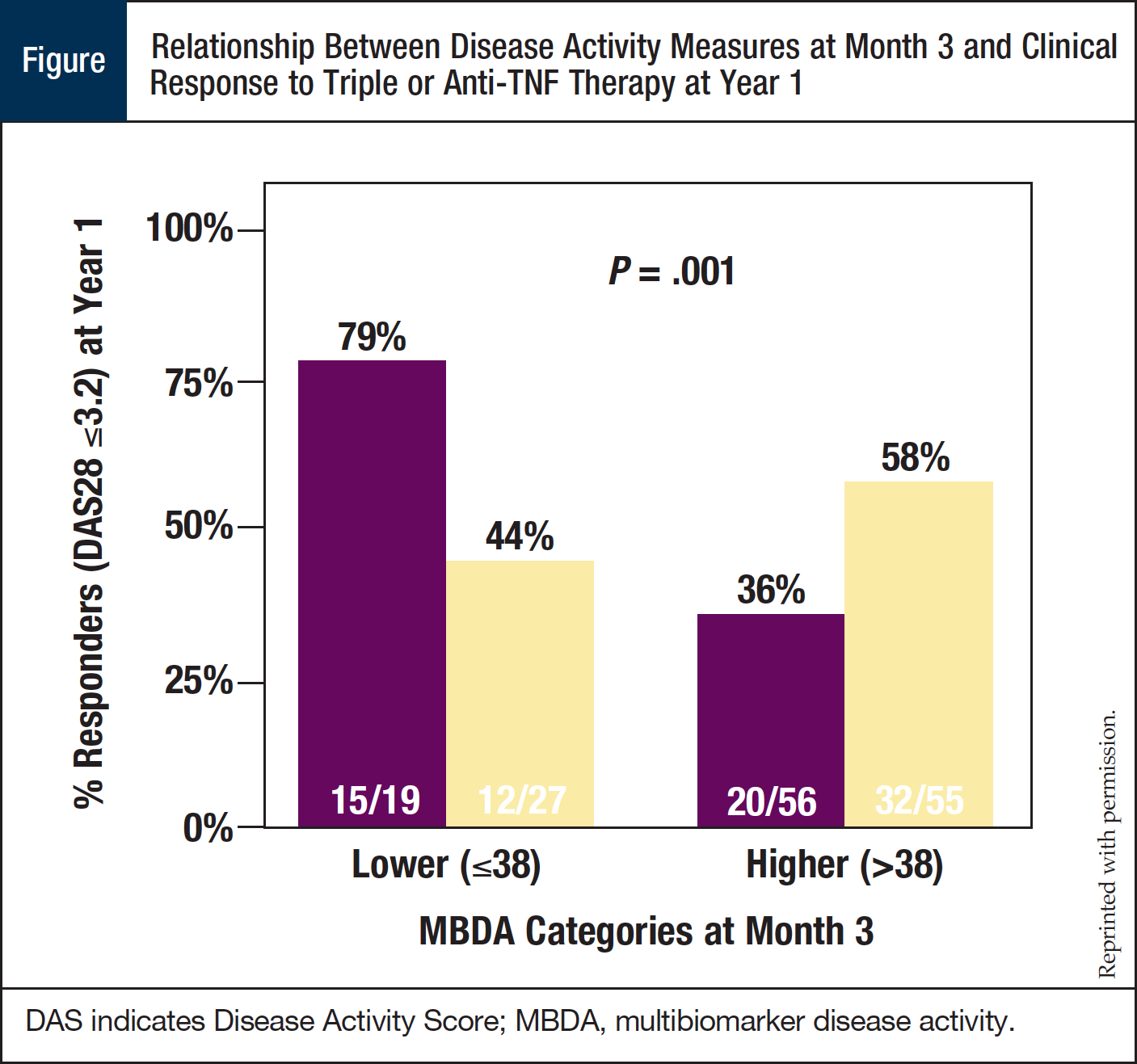 These results were similar when response was based on European League Against Rheumatism “good” response. Moreover, the 3-month MBDA score was more predictive of response to subsequent treatment with either triple therapy or anti-TNF therapy than were C-reactive protein, erythrocyte sedimentation rate, or DAS28.

The study was supported by a grant from the Swedish Rheumatism Association, Stockholm County, and by an unrestricted grant from Schering-Plough Sweden.