A recently published perspective in Value-Based Cancer Care1 criticized the National Comprehensive Cancer Network (NCCN) Evidence Blocks initiative. Regrettably, that perspective is extremely misleading and is full of innuendo and misuse of statistics.

In the perspective, the author stated that there is no “drug cost problem.”1 The statistics cited by the author document an $88-billion increase in cancer care costs in the United States between 1995 and today. The author’s conclusion is that “The assertion that cancer costs are unsustainable is false.”1 Most physicians and patients with cancer in the United States would be astounded by that statement.

Contrary to the assertion in the perspective mentioned earlier, the NCCN makes no recommendation or assessment of “insurer-imposed out-of-pocket cost.”1 To suggest otherwise is simply not true. The NCCN is unaware of any payer who is now using or who plans to use the NCCN Evidence Blocks in making coverage determinations. Payers already know with substantial confidence and precision what the cost of a specific cancer care intervention is, and they do not need the NCCN Evidence Blocks to inform them.

At the current time, patients usually have little idea what the cost of care is before their treatment, either in total or what their share to pay will be. If cost is important to a patient, the NCCN Evidence Blocks highlight affordability so that patient-specific financial counseling can be performed. More than 60% of personal bankruptcies in the United States are healthcare bankruptcies.2 Patients and providers require information that respects the autonomy of patients and provides them with meaningful information as they make their own treatment decisions.

The statement that the NCCN Evidence Blocks will be responsible for increasing the rate of suicide among oncology patients by cost-shifting is disingenuous. The author of that perspective stated that a survey of patients who chose assisted suicide in Oregon shows that since 1998, the number of people citing the cost of care as a reason for their decision increased by 77%.1 The reality is that in 1998, there were a total of 15 physician-assisted suicides in Oregon.3 The end-of-life concerns for these 15 patients who died after lethal medication were loss of autonomy as a result of illness (80%); the inability to participate in activities (67%); the loss of control of bodily function (53%); placing a burden on family, friends, or caregivers (13%); inadequate pain control (7%); and the financial cost of treating or prolonging illness (0%).3

In 2014, the corresponding end-of-life concerns of the 105 patients who died through physician-assisted suicide in Oregon included: losing autonomy (91.4%); being less able to engage in activities making life enjoyable (86.7%); the loss of dignity (71.4%); losing control of bodily functions (49.5%); placing a burden on family, friends, or caregivers (40%); inadequate pain control or concern about it (31.4%); and financial implications of treatment (4.8%).4 Financial costs or implications were the least common cause for physician-assisted suicide in Oregon in 1998 and in 2014, with a frequency that has not changed (chi-square P value, 0.39).

The NCCN believes that healthcare providers, patients, and other stakeholders deserve to be provided with accurate, helpful information and education. The NCCN does not believe that withholding important information and knowledge about cancer care and healthcare delivery from patients is honest or productive. The NCCN believes that hope is appropriate, and we strive to advance the quality, effectiveness, and efficiency of cancer care on a continuous basis, so that patients may have hope that is honest, helpful, and productive. 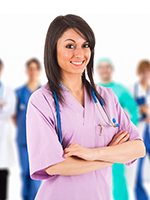 The Role of Oncologists in Defining the Value of Cancer Therapy
Michael Kolodziej, MD
VBCC - August 2015, Vol 6, No 7 published on August 18, 2015 in VBCC Perspectives